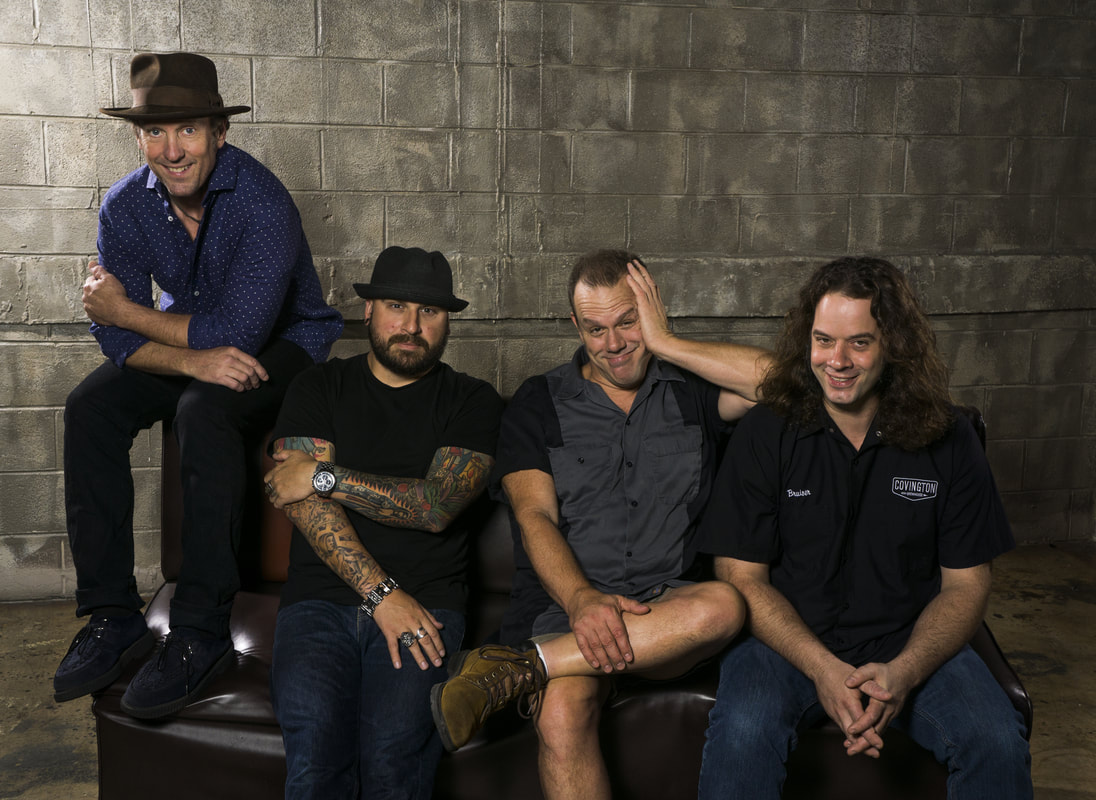 For over two decades, Cowboy Mouth has dished up its unique style of rock & roll gumbo, mixing a rowdy spirit reflective of the band's hometown -- New Orleans -- with the fierce firepower of a group that lives on the road. These Louisiana natives have played more than 2,500 concerts and launched their signature song, "Jenny Says,” into the upper half of the Billboard rock charts. Above all else, they earned a well-deserved rep as a raucous, redemptive, live music experience.

Formed during the glory days of grunge music, Cowboy Mouth forged a different sound from the very start. It’s a sound rooted in rock, punk, blues, and the attitude of the Big Easy, a town known for its week-long parties and swampy, southern vibe. Bandleader Fred LeBlanc, who'd previously sharpened his teeth with the punk band Dash Rip Rock, pulls double-duty as the group's frontman and drummer, leading the charge with his larger-than-life personality and percussive attack. During the band’s early days, record companies warned him against singing and drumming at the same time, claiming that audiences would never go for it... but by the mid-'90s, those same record companies were clamoring to sign the band to a major-label deal.

In other words, in a decade filled with angsty alt-rock, Cowboy Mouth stood out for all the right reasons.

The band released its original music with MCA Records, then Atlantic Records. Once the 2000s kicked into gear, the band released music on its own label, cutting out the middleman and focusing on the biggest thing that's kept Cowboy Mouth afloat since 1990: the audience.

"Cowboy Mouth isn't so much about the people onstage as it is about the feeling in the crowd," says LeBlanc.

The people onstage certainly help, though. Since the band’s inception, LeBlanc has shared that stage with guitarist John Thomas Griffith (formerly of the band Red Rockers and singer / co-writer of their hit song "China"). Now backed by bandmates Matt Jones on guitar and Brian Broussard on bass, LeBlanc and Griffith have led Cowboy Mouth on a wild, critically-acclaimed ride, selling more than 500,000 albums domestically, playing shows with artists like Bo Diddley (whose bluesy, beat-driven music has always been a big influence on Cowboy Mouth's own sound), and performing in front of more than 9 million fans.

Cowboy Mouth’s music lives in concert with its loyal fans! Fred’s raw and engaging performance style has played ring leader to the audience for decades.

"Our shows are celebratory, life-affirming experiences," LeBlanc says proudly. "With every show, no matter where it is, we try to turn it into New Orleans during the middle of Mardi Gras. It's an unique live concert experience. It's like a southern gospel revival without the religion."

Over the years, an estimated 9 million people would agree. We hope to see you all out on the road!
Proudly powered by Weebly